Architecture as an Experience of Space

The exhibition presents the work of one of the most interesting Warsaw architects, who throughout his life consistently and uncompromisingly develops his own concept of space. His actions in the city space were meant to influence interpersonal contacts. In this sense, the city square did not exist as an empty space – it had emotional and spiritual significance. “Macro-installations” are exhibition projects in macro-scale, in which a person is treated as a destination. The architect carried out two of the largest art installations in public space in Poland: the “XXX Warsaw” field exhibition in 1974 and “Cloud” in 1994, both at Piłsudski Square in Warsaw.

Jacek Damięcki is a graduate of the Faculty of Interior Design at the Academy of Fine Arts in Warsaw and the Faculty of Architecture of the Warsaw University of Technology. In the 1960s, he collaborated with Lech Tomaszewski and Jerzy Sołtan at the Artistic-Research Institute (Zakłady Artystyczno-Badawcze) of the Warsaw Academy of Fine Arts. In France, together with Shadrich Woods, he co-founded the project of restructuring the center of Frankfurt – a large-scale structure concentrated around several centers, which is an example of polycentric architecture. Since the 1960s, he has been working on project cycles in the field of architecture, exhibition, spatial installations and painting.

Jacek Damięcki developed together with Jan Goots more than twenty competition and study projects. Goots is a Belgian architect, a graduate of the Architecture Department at the College of Fine Arts Saint-Lucas in Brussels. He came to Warsaw to continue his architectural studies in 1968 and studied at the Sculpture Department of the Warsaw Academy of Fine Arts under the supervision of the architect prof. Oskar Hansen until 1971. Goots was interested in visual information in space and architecture. At the same time, he cooperated with the Artistic-Research Institute (Zakłady Artystyczno-Badawcze) on one of their works called “Model project of a cheap housing estate in Lima (Peru)”.

Only a few projects from the rich oeuvre of Jacek Damięcki and Jan Goots are presented at the exhibition. The ones that are shown are connected by “searching for a form, getting out of the street network and extending the space into the horizon”. They are all based on the act of establishing compact structures, in which the vertical and the horizontal, the empty and the full as well as the spatial understanding of the plot are similar. “Our designs come as perforated structures that absorb everything that was previously in their places, because they have the power to recall what has disappeared,” the authors say.

Project co-financed by the Ministry of Culture and National Heritage from the Culture Promotion Fund. 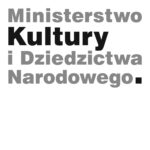 ‹ › ×
‹ › ×
Na tej stronie korzystamy z cookies. Jeżeli nie wyrażasz zgody, zmień ustawienia przeglądarki. We use cookies to ensure that we give you the best experience on our website.Ok